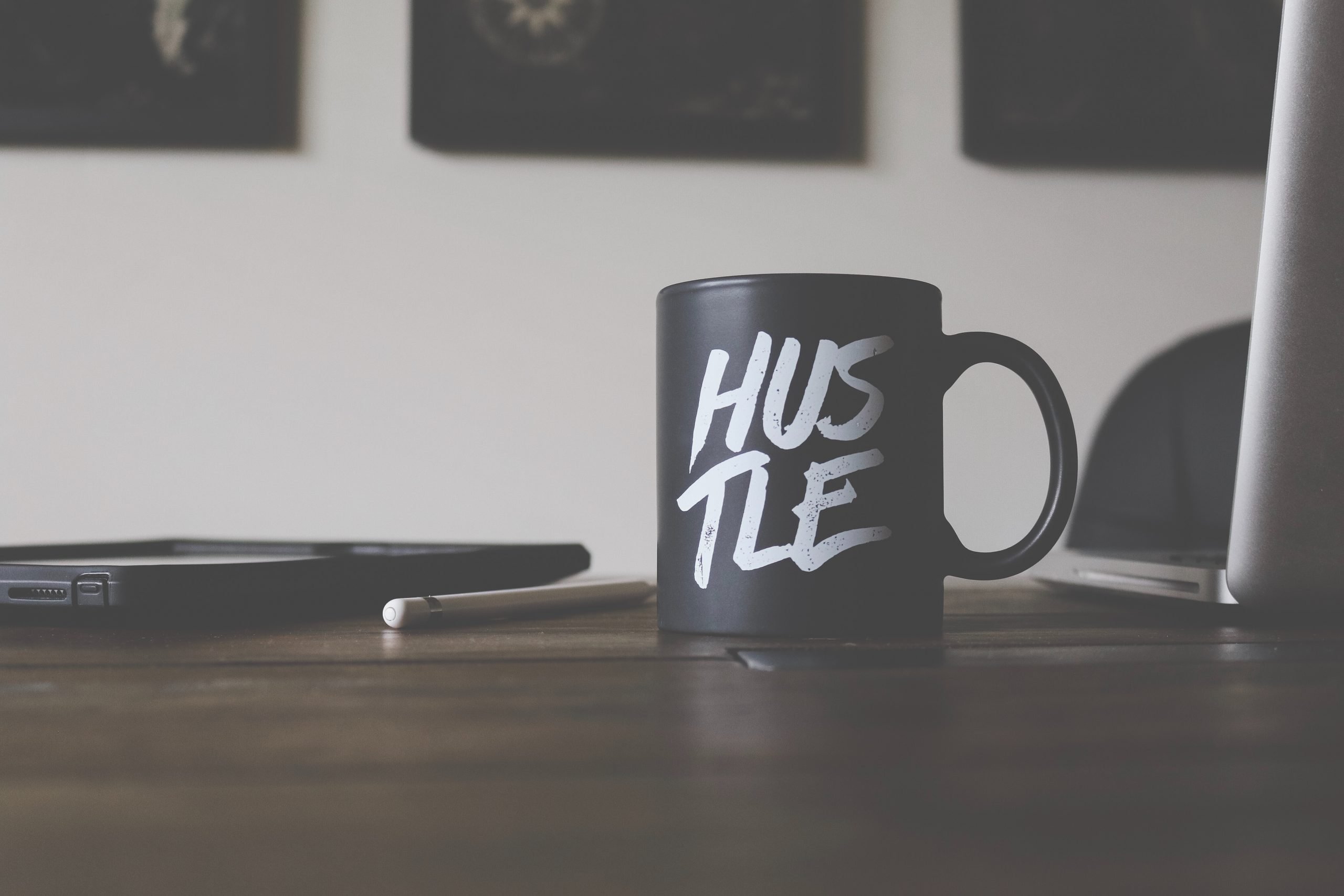 It’s been a while since I have blogged about starting a side hustle. I’ve been terrible at writing new posts about my trials and tribulations. I promised that I would post regular updates (8 months isn’t regular).

So, without further ado. Here is what I have been up to, and what frustrations, trials and tribulations I have been going through with my side hustles.

My main focus has been on two software products (SaaS). One of them is called Elementary Analytics, which I have been working on for well over 18 months now.

The second product is an idea I came up with shortly after my last post. After listening to a podcast about a Gmail plugin. I thought I could come up with something similar for Outlook.com. So in October 2019, after 4 months of graft I manage to launch Outflash.

Trying to launch two software products alongside each other is a bit of juggling act. I’m also trying to do things differently, or start trying things I haven’t done before. This mantra has come from the following two sayings:

“If you want different results from what you have had before. You need to do things differently”

“The definition of madness is doing the same thing over and over again and expecting different results”.

I’ve tried to keep these sayings in the front of my mind. Forcing myself to try different things. Hopefully to discover something that’s working.

What has that looked like recently? Well, I have taken a few online courses relating to software marketing. I have also registered for a few MeetUp groups and attended a marketing based meet up at the start of 2020.

My focus has changed slightly. I’m trying to do a 50/50 split of 50% product development and 50% marketing efforts. However, I’m still a complete newbie at marketing. Finding it a real challenge to “move the needle”.

Unlike the last few blogs about working on side hustles. I’m going to start with a few positives.

1) If I have had an idea that I think could become a business in the future. Instead of diving straight in and building something. I have been creating landing pages to validate the idea and to building an email list of potential users/customers first. This helped my decide to work on Outflash instead of another idea.

2) I started working on Outflash at the end of July 2019. By October of the same year I had launched the product. Built a marketing website. Created various social media accounts to try and promote the product. At the time of writing this post, I had just over 20 installs of the free version of the Outlook plugin. From idea to launch took less than 6 months, very happy with that turnaround.

3) I managed to get the reporting suite built in Elementary Analytics. The product is now in MVP, with only a few small tweaks that need to be completed. The marketing site has been reworked as well (using Basecamp’s marketing site as my guide). Amazingly someone registered for the service in January 2020, without me doing any additional marketing work. I’ve also been able to get feedback from a few potential users, helping me come up with a direction for the product, which was one of the major stumbling blocks I had.

4) Another idea that a friend suggested I do, is a sister website to footballsocial.club called cricketsocial.club. I managed to get this site setup in a few days. I have been reaching out to people on Facebook who are members of existing Cricket based groups to see if they would be interested in trying the site. So far I have had one or two sign-ups. Not bad for a weekend’s worth of work.

1) Still haven’t been able to find my first paying customer. Instead of hearing the sounds of a till register, I’m hearing crickets. I’m trying to show some patience, mainly I’ve extremely frustrated.

2) Running ad campaigns on LinkedIn, Facebook, Reddit, Quora and Pinterest all seem to have struck a blank. Although I think a Bing Ad campaign has helped me get a few installs for Outflash.

3) I’m finding that marketing is a very slow process and isn’t a rewarding straight away. You aren’t always sure what you are doing will work. Starting from zero is also difficult as very few people will see your marketing efforts.

4) Writing blog posts, creating YouTube videos, finding relevant content to share on social media, coming up with my own social media campaigns is an effort in itself. I could easily 60+ hours a week on this.

5) Doesn’t feel I am any closer to being able to make the switch from employee to owner.

1) I have setup a YouTube channel for Elementary Analytics, which I’m hoping to create a series of “How To” videos. Showing people what Elementary Analytics is, how to use the service and how it can benefit them. This idea come from “Do something you haven’t done before”.

2) As mentioned, working on these side projects is a bit of a juggling act. Trying to spend 50% of my time programming and 50% on marketing effort can be a challenging. What I have decided to do is do one week on development work. The next week focus solely on marketing. I was trying to do it on a day to day basis, but found I wasn’t focusing enough and if I had some left over tasks from the previous day. It impacted productivity the day after.

3) Instead of trying to do all this complex marketing, sales funnels, etc. I’m planning trying to contact potential customers directly. I’ve been able to move the needle slightly with Outflash. However, Elementary Analytics has been a different kettle of fish. My plan is to email potential customers to see if Elementary Analytics would be of use to them. If I get any feedback I can use the info to hopefully make informed decisions to move forward.

1) Still feels like I am getting nowhere fast. People say it’s good as you are “finding what doesn’t work”. This isn’t giving me any solace. It’s just adding to my overall “pissed off mood”.

2) My list of things to get done doesn’t seem to be getting any smaller. Even though I am getting through a fair bit of work each week, the list in my Trello board seems to be never ending.

3) Still tweaking and playing around with the products. “If I just implement this” or, “If I redo this, then…”. I will be stopping this very soon, Outflash is nearly at a point were it is a product I am happy with. Elementary Analytics shouldn’t be to far behind either.

There you have it. This is part two of my “regular” rant about starting a side hustle.

I’m hoping over the coming weeks and months that these posts will become more and more positive. Things have been a lot better of the last couple of months. Not were I want things to be, to quote The Rolling Stones “You can’t always get what you want”.

Thanks for reading part two of starting a side hustle. Would like to hear your thoughts. Phil

Software Developer, guitar playing fisherman who tries to keep fit and be a bit of a gym monkey.

Autumn. Getting colder. Condom hat is out. What it

Peek a boo. Spotted you.

Got some company for once in the home office while

Wahoo. BAITCAMP is now live on the Google Play. Ch

Wahoo. BAITCAMP is now live on the apple app store

This mornings run. Along the beach in North Wales.

Home made monitor stands now installed on my stand

My current "light reading". The book came free as

Sulking cos it's still dark after I've done my mor

Having a coffee in the secret garden with Nat the

Who is Phillip Hughes?

Entrepreneurial Software Developer and Guitar Playing Fisherman. With over 12 years of software and IT expericence

Connect With Phil on Social Media:

Scroll back to top