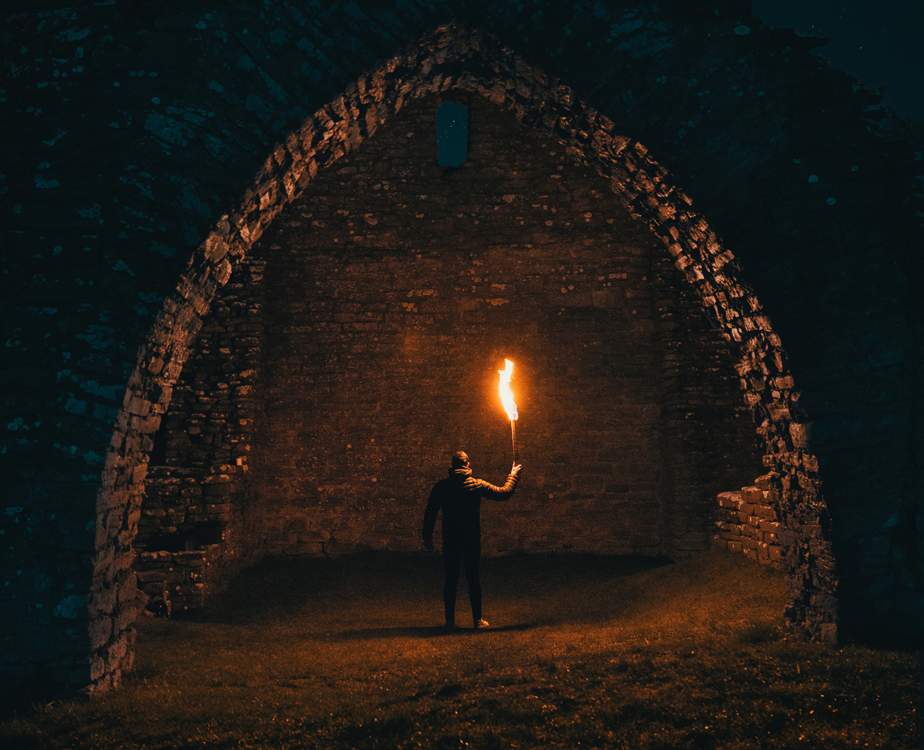 I was a frustrated, overworked, underpaid software developer.

I had worked for a company since graduating from University. Must have been for 4–5 years.

The company wanted a new cloud based product range creating and I was the only developer working on this product.

Myself, a few of the marketing and communications team, as well as a few of the sales guys, worked together to launch the product. We managed to sign up loads of new customers and transition a lot of existing enterprise customers onto the new product line.

The launch was a success.

Anyway. At the time I had recently bought my first house on my own. I was extremely lucky to be able to do this. However, money was really tight.

I was dating at the time too (happy to say that the girl is now my wife). We were always off out, going on dates. This was stretching my budget to the limit.

It had gotten to the point where I was fed up of not being paid enough for the value I was bringing to the company. I went to my boss with an amazing proposal and asked for a pay rise. Nothing major, but a decent amount that would make my life a bit more comfortable.

“I will see what I can do, I will ask the owner and MD, see what they say”. I was hoping for good things.

Two days later my boss came back. “Sorry, there isn’t enough cash flow at the minute, maybe we can give you a little pay rise in 6 months!”.

Looking back, I took it well. However, a few days later I nearly “blew my lid”.

Every Monday morning the owner of the company gave a business update to the entire company. He was happy to announce that the cloud product range I had been a key part of was a huge success for the business. And that it had added over £6 million to the overall value of the business.

“Surely the £6 million can cover my modest pay rise?” I shrugged it off and moved on.

Over the course of the next few days. The owner of the business turned up one day, driving a new Ferrari. A day later, driving a new McLaren. He had also bought his wife a new Range Rover. I was fuming. So much for having no cash flow in the business. I could see why.

It wasn’t just me that felt that way. One of the girls I had worked with on the product launch told me she had also asked for a pay rise. She was in the process of buying her first house with her boyfriend. The poor girl was nearly in tears as we were chatting, looking out the window at the owners new McLaren sports car.

That was it. That was my breaking point. I didn’t want to move jobs as the same situation would more than likely happen again.

I had to become the master of my own destiny.

So I started trying to find freelance customers and start my own software business. I really wanted to make my own money and not rely on an employer so I wouldn’t have to keep working in a 9–6 job that I hated.

I wanted to be able to support myself and my future wife so she wouldn’t have to work and I could start a family.

The thing is, I was living pay cheque to pay cheque, struggling to make the move to freelancing. That meant I wasn’t able to support my girlfriend so she wouldn’t have to work, let alone start a family.

To make things worse, I felt terrible because everything I tried, failed and I couldn’t seem to land that first well paying customer. I felt even worse about the situation because I had no clue if all these emails and proposals I was sending out was going to be in vain and that I’d look stupid in the end. I felt like a failure as a boyfriend and a professional.

The problem was that I had ZERO experience in communicating with potential clients and showing how valuable my software skills could be to their business. Which meant working to the early hours each evening, putting proposals together, trying to write professional emails. I wasn’t getting any response from the businesses I was reaching out to, which meant my dreams of being my own boss and supporting my family was squashed on a daily basis.

Then, as if by chance, something amazing happened…

That’s when I met up with an old University friend of mine, who had been freelancing for years and he showed me his simple framework all about how to build up a pipeline of potential customers!

It was now crystal clear to me how to structure subject lines, emails and proposals in a certain way that made potential clients sit up and take note, because I saw that I could use a repeatable framework that worked and spend less time on prospecting.

I also learned that you DON’T need to show them your portfolio or body of work, you need to focus on how you can solve their problems and meet their needs instead.

As a result I started testing what worked and came up with my own templates and framework.

Suddenly, I was making enough money to cover my house payment and my direct debits every month, working part time freelancing.

That’s when I realized that the secret to finding freelance customers and start my own business was create a system and automation to send even more emails out to old customers and new leads.

My plan was to start an email list and use the framework to contact old customers as well as new prospects.

So I started documenting the framework, templates and cheat sheets. But I didn’t stop there.

I then sat down and used my framework to send out more emails than ever before.

Starting by contacting more and more of my existing customers and then tried to find new customers.

But there was still a problem…

It still took a LONG time to sit down at the keyboard and type out each email to a prospect.

It took hours and hours each evening. After working all day, getting the emails sent was NO fun.

Some emails would work and you would a get response. Others you would hear crickets. It was an even harder task of sending follow-up emails to people who hadn’t responded. But you still had to bust a gut to write each one.

THEN you had to start working on the freelance gigs that you had managed to land and all the other stuff you need to do as a freelancer.

So it was still a LOT of work, a LOT of time and a LOT of risk to send that many emails this way.

I ended up getting so frustrated that I decided to create a better process, using technology, strategy, and software, to send all the emails I needed not in hours… but in just a few minutes!.

I chose to call it “Outflash — The Get More Clients Now System”.

I thought if I could create something that would make it possible to help freelancers reach more customers and leads in less time, I’d be really happy.

After 6 months of programming and spending my weekends putting together all the information I had gathered into a reusable framework, we created Outflash for Outlook.

I can now use Outlook and Outflash to send more emails than ever before in a fraction of the time.

I then started to let other struggling freelancers use Outflash.

As a result of all this we were able to achieve the following:

Help freelancers and small businesses to use the exact process and software we use to send emails using an existing application you already, know, love and pay for. So you no longer need to rely and pay for expensive, complicated email marketing platforms. Allowing you to create a endless list of clients to grow your business.

After creating Outflash, I was not only able to create a single email that can be sent to multiple people all from inside Outlook, I’ve also been able to stop spending hours and hours contacting new leads. Or touching base with old customers, because I can now contact as many customers as I would like in minutes.

And in the end, all of this means I’m now able to help a lot more people run their small business and achieve their dream of having a huge list of customers, willing to pay for their services.

Software Developer, guitar playing fisherman who tries to keep fit and be a bit of a gym monkey.

So glad spring is well and truly here. Cant believ

Another first for Find Your Side Hustle. A repeat

This sunny weather makes me want to go fishing. Co

Morning ring workout and stretch session. I was jo

Saturday morning. Wife is at work. Time to record

Confessions of a side hustler. Launching your own

Thanks to @johnleedumas for this. Written it on my

The truth about frustration Are you frustrated, l

Latest episode of Find Your Side Hustle is LIVE I

To be and business or not to be a business. That i

Who is Phillip Hughes?

Entrepreneurial Software Developer and Guitar Playing Fisherman. With over 12 years of software and IT expericence

Connect With Phil on Social Media:

Scroll back to top